Dua Lipa looked every inch of the rock star on Sunday as she touched down in Sydney ahead of the Australian leg of her sold-out Future Nostalgia world tour.

She accessorized her outfit with rose-colored glasses and a designer black clutch with a gold buckle that she threw over her shoulder. 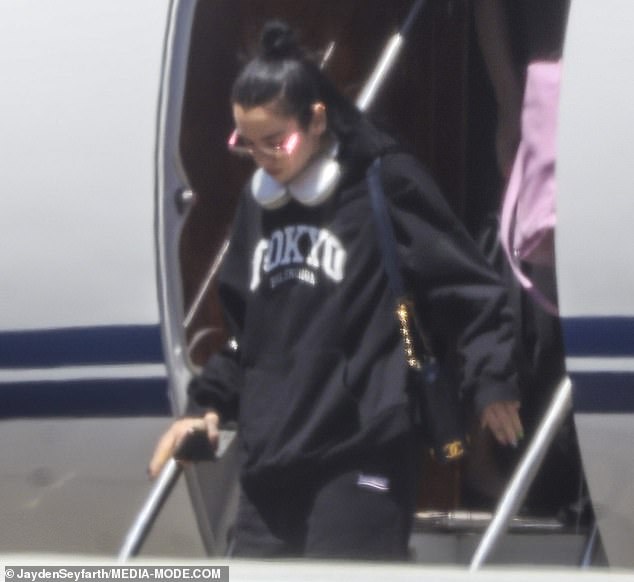 Dua exuded star power as she stepped off the plane and looked effortlessly elegant as she strutted down the stairs.

The One Kiss hitmaker had a focused expression on her face as she quickly made her way to a waiting van.

A crowd of excited fans gathered eagerly to see their pop idol in the flesh as she made her way to her car. 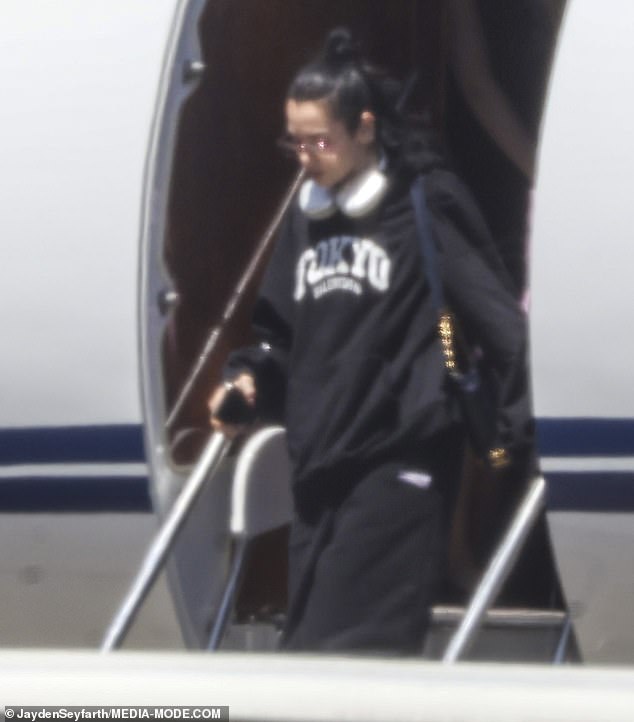 The appearance comes after she confirmed she was single following a wave of rumors that she was dating boyfriend Trevor Noah.

The couple were pictured together at a dinner party earlier this month.

She explained that it was “really awesome to be alone” as she set the record straight during her iHeartRadio podcast, Dua Lipa: At Your Service. 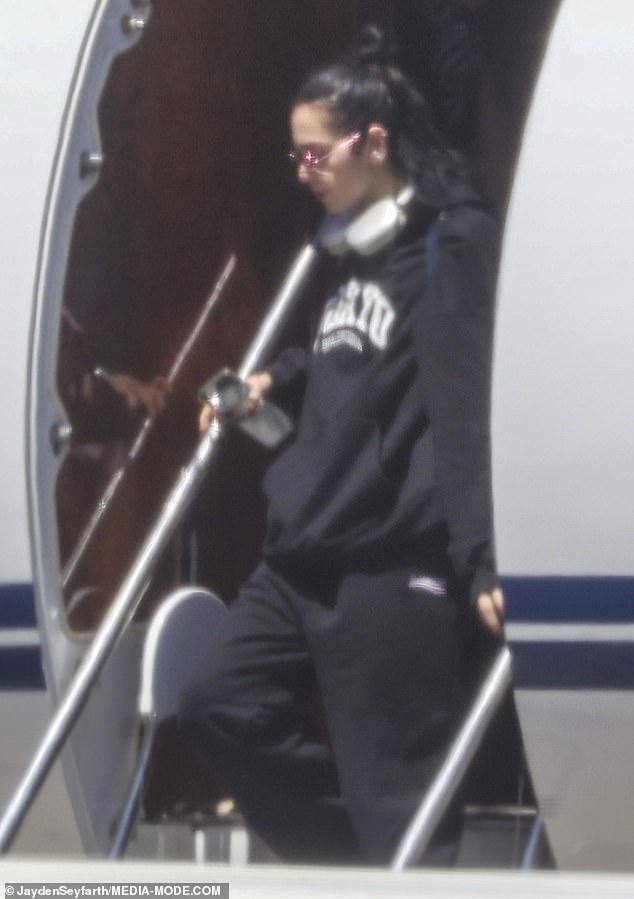 While chatting with Charli XCX about the new episode, Dua explained that it was the first time in “years” that she had been lucky enough to be single.

“For me, this is the first year that I haven’t been in a relationship for a very long time,” she said. 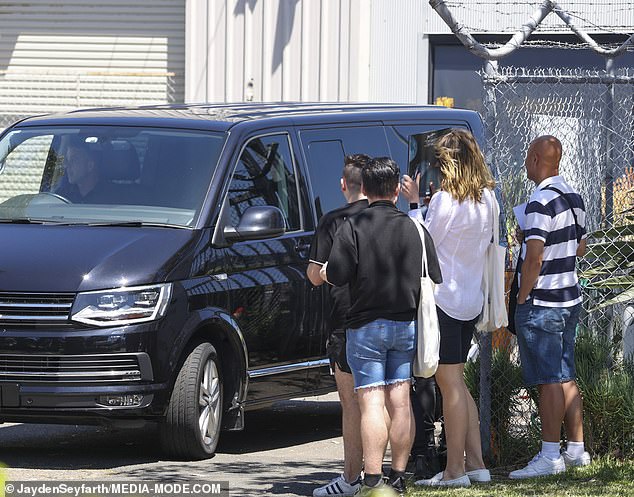 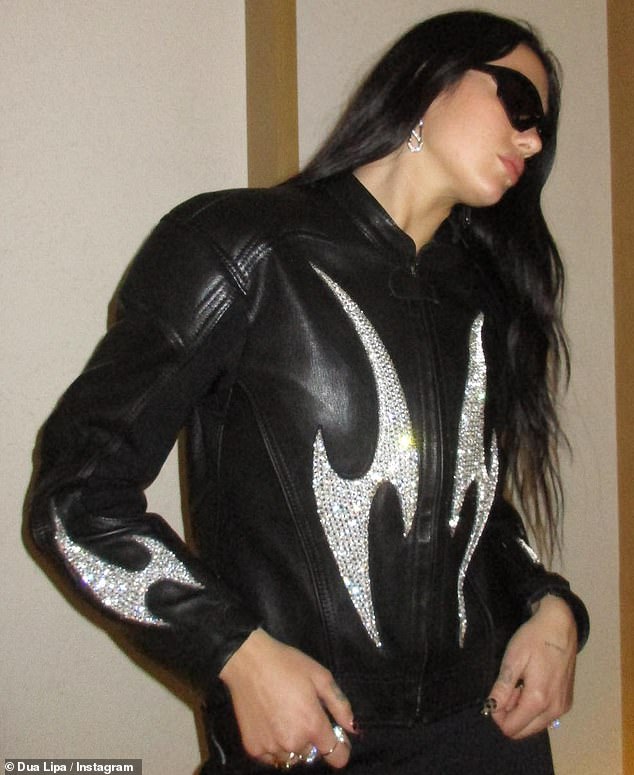